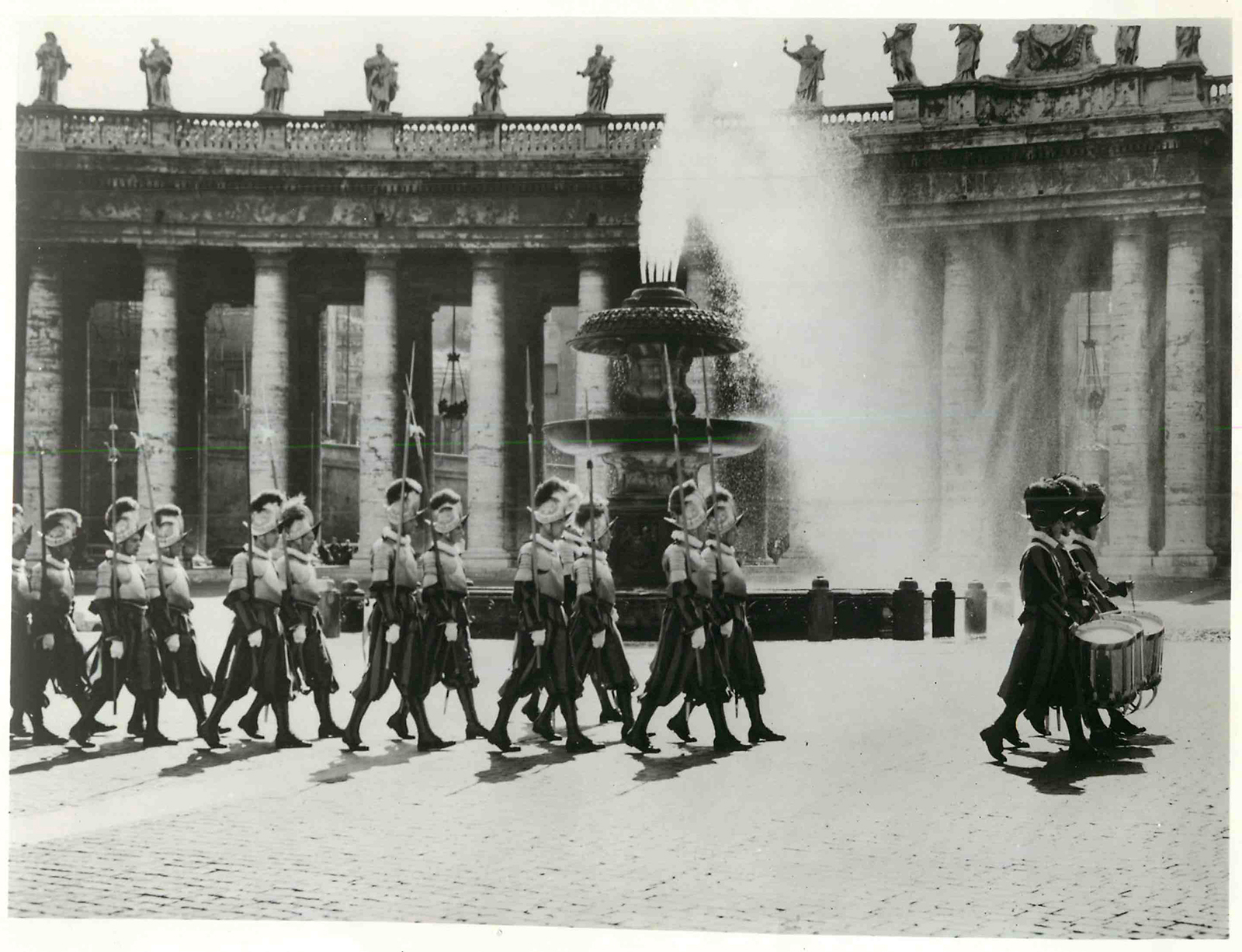 Swiss Guard members march in a traditional manner at St. Peter’s Square shortly before the opening of the Second Vatican Council in Oct. 1962. RNS archive photo

(RNS) — With the passage of 60 years since the opening of the Second Vatican Council, there are few people alive who remember the event, even fewer who participated.

The council, comprising all the Catholic bishops of the world and called by Pope John XXIII, began October 11, 1962, and closed December 8, 1965, by which time Pope Paul VI had succeeded John.

The last American bishop to attend the council, Archbishop Raymond Hunthausen, died four years ago at the age of 96. Pope Benedict XVI, who is 95, served as an expert as a young priest in his 30s.

The distance from the council has allowed for different interpretations of the event.

The far right asserts that the council was a mistake; it destroyed the church by abandoning dogma and putting the Mass into the vernacular. They argue that the church should demand strict observance of its moral teaching (although they, too, ignore the demands of the church’s social teaching).

The left argues that the council did not go far enough in its stated purpose: updating the church for the modern world. The council was a good beginning, these critics say, but more needs to be done — allowing women priests, for example, and allowing all priests to marry. They also prioritize the church’s social teaching over the church’s teaching about sex.

Not many Catholics are on the far right. Those who want to return to the Latin Mass are few but vocal. Public opinion polls show there is support for ordaining women and married persons, and less support for the church’s sexual ethics or its social teaching.

Among church elites, however, the major debates in the last 55 years have been over the interpretation of the documents of Vatican II. Conservatives stressed the council’s continuity with the past, while liberals stressed how the council had changed the church. 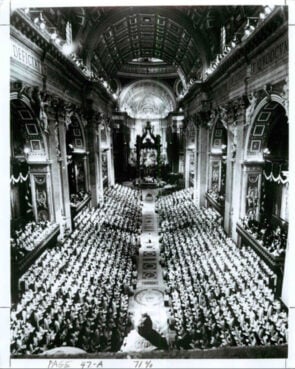 Prelates and religious dignitaries from around the world fill St. Peter’s Basilica at the Vatican as a concelebrated Mass opens the Second Vatican Council on Oct. 11, 1962. RNS archive photo

What confused anyone who followed these debates was the ability of either side to find passages in the council documents that supported their positions.

The source of this confusion goes back to Pope Paul VI’s desire to have the council documents approved by consensus. A majority vote was not sufficient; not even a two-thirds vote would do. He wanted near unanimity.

To reach consensus, Paul demanded that the council placate its conservative minority. This meant that controversial issues were described with ambiguous language that was open to different interpretations. Sometimes one paragraph would contradict another. And some issues, such as birth control, were simply taken off the table.

Progressives accepted these compromises because they thought the future belonged to them. But when John Paul II was elected, he took a conservative line on many of these ambiguous passages.

Believing that the post-Vatican II church was in chaos, John Paul pushed for stability. Further change was not going to happen under his watch. He brought Joseph Ratzinger, later Benedict XVI, to the Vatican to make sure that their interpretation of Vatican II was the only acceptable interpretation in the church. Theologians and priests who did not accept it were fired from seminaries and removed from chanceries. Supporters, meanwhile, became bishops.

Conservatives can win the debate over Vatican II only by ignoring history. They approach the council’s documents like biblical fundamentalists who read Scripture without understanding the historical and cultural context of the passage. They are like judicial textualists who simply look at the words in the law without respecting the intention of the legislators.

For conservatives, it is sufficient to quote the council text and the interpretation given to it by John Paul and Benedict. End of discussion.

For those wishing to understand the council, there is no better place to start than “What Happened at Vatican II,” by the Jesuit historian the Rev. John W. O’Malley. Here you will find a well-researched and readable account of the council.

In that book is what the Rev. James Martin, the Jesuit editor at large for “America,” calls the single best short paragraph on how the Second Vatican Council changed the church:

from commands to invitations, from laws to ideals, from definition to mystery, from threats to persuasion, from coercion to conscience, from monologue to dialogue, from ruling to serving, from withdrawn to integrated, from vertical to horizontal, from exclusion to inclusion, from hostility to friendship, from rivalry to partnership, from suspicion to trust, from static to ongoing, from passive acceptances to active engagement, from fault-finding to appreciation, from prescriptive to principles, from behavior modification to inner appropriation.

Conservatives have tried to confine the council to a textual analysis, but that misses what the council meant to the participants and to those who, like myself, have lived in the pre- and post-Vatican II church. It was a revolution that opened our eyes to what the church could be if we dared.